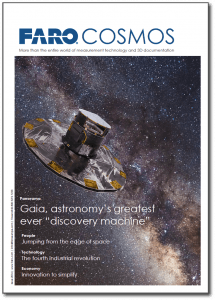 Jumping from the edge of space

A record four billion people were watching online when Felix Baumgartner jumped from the Red Bull Stratos capsule at 12:08 on 14th October 2012 from 38,969.3 meters. The multiple record-setting jump was the highest manned balloon flight and the highest parachute jump, the longest free fall distance and the fastest speed of free fall at 1,357.64km/h. Thus, Baumgartner broke several records set by Joe Kittinger in 1960 and became the first human to break the sound barrier outside a vehicle.

One might assume that NASA and the US Air Force would have been behind the jump, but the prime contractor for the project was actually Sage Cheshire, Inc. an aerospace design, development and fabrication company, based in Lancaster, California and founded in 2002. With over 40 years of aerospace design and engineering experience, Sage Cheshire offers a range of design, engineering, fabrication and assembly services – a surprising profile for the company picked to write the next chapter in space research and a powerful example of a global megatrend: Today media stars and consumer brands are becoming more influential than governments and private companies equipped with new 3D design and manufacturing tools are setting new standards and shaping the future. Austrian ex-paratrooper Baumgartner, became a star of the base-jumping scene. He partnered with sponsor Red Bull, a company known for pushing the limits of partygoers’ endurance and for pushing the limits in extreme sports. And Red Bull had a connection to A2ZFX, the company that created the Red Bull Mini Cooper Can Car. Four years later, Fearless Felix was super-sonic for a half-minute during the jump over New Mexico. His heart rate remained below 185 beats a minute, and his breathing was fairly steady. Fifty years earlier, Joe Kittinger a US Air Force pilot contributed to vital information required by the NASA space programme. After becoming the first human to see the curvature of the earth, he stepped out of a balloon basket at an altitude of 31km. Due to a malfunction in his pressure suit, his right hand had swollen to twice its normal size during the ascent and in an earlier attempt, he had lost consciousness due to equipment failure. 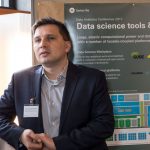 All inclusive with SoundsWrite. Two videos written and produced to present use cases of smart analytics for a global reinsurer. 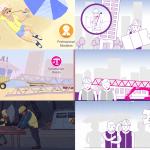 At SoundsWrite, we help you tailor your message and approach to the needs of your specific audience. And sometimes those needs change. Sometimes decision-makers change and the entire project takes a different turn. We are flexible enough to cover all your animation needs. 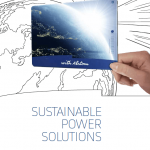 Writing for a powerful partner

A best practice example of a job completed in record time, with minimal iterations and maximum satisfaction all round. Alstom Renewables entrusted SoundsWrite with all the copywriting for this compelling brochure. We developed all the content based on the breifing and inputs from the stakeholders and delivered flowing and consistent copy for the whole brochure in record time.